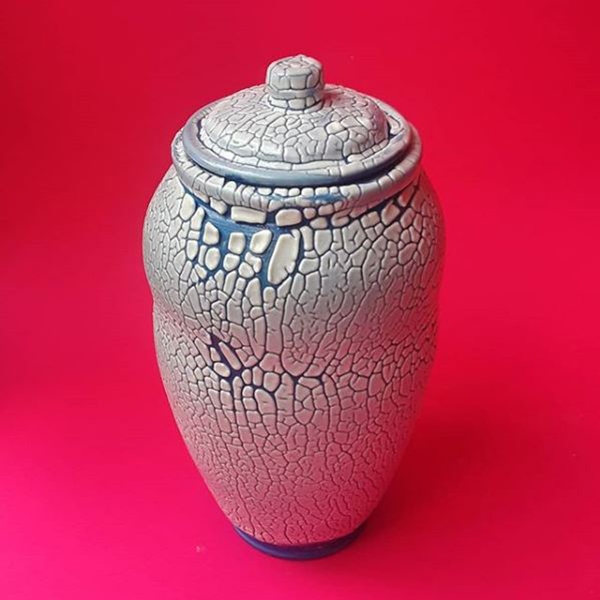 Evan Hagan is a Brooklyn based Ceramist, Illustrator, and Educator with almost two decades of experience working in the arts. His artwork has been exhibited in numerous juried shows, invitationals, and private collections, both nationally and internationally.

Evan first began working in clay at the age of 15 when he was accepted as an apprentice to The Peoria Art Guild in his hometown of Peoria, Illinois. Training as an apprentice for 2 years before continuing his artistic studies in college, Evan studied under professional artists who mentored him in a multitude of artistic disciplines. These include sculpture, mold making and casting, photography, painting, printmaking, and what would become his life’s passion, ceramics.

In the last 17 years of his career, Evan has mastered many of the technical aspects of the ceramic medium, including: hand building and wheel-throwing, mold making, slip casting, surface decorating, repair and restoration of studio equipment, oxidation and reduction firing, and glaze formulation.

In addition to his artistic practices, Evan has an extensive teaching background focusing on experiential education, and community. His classroom environment puts his students at the center of their learning; assisting them in setting and accomplishing their own creative goals. His primary goal; develop in each student an interest in, and the ability to express themselves creatively and artistically.

Evan has taught in community centers, public schools, and outdoor education centers around the continental U.S. and abroad.

Learn more about Evan and view his artwork at his website: Evan Hagan: Ceramist & Illustrator

Your ticket for the: Evan Hagan